This fight, a quality technical scrap between two of the Middleweight division’s elder statesman, was excellent — don’t let its relatively “low” ranking on this list fool you. It sits at No. 5 for the same reason that Robbie Lawler vs. Carlos Condit — a fight with which it shares a general flow of events — just missed out: A lack of consistent back-and-forth action until a wild fifth round. 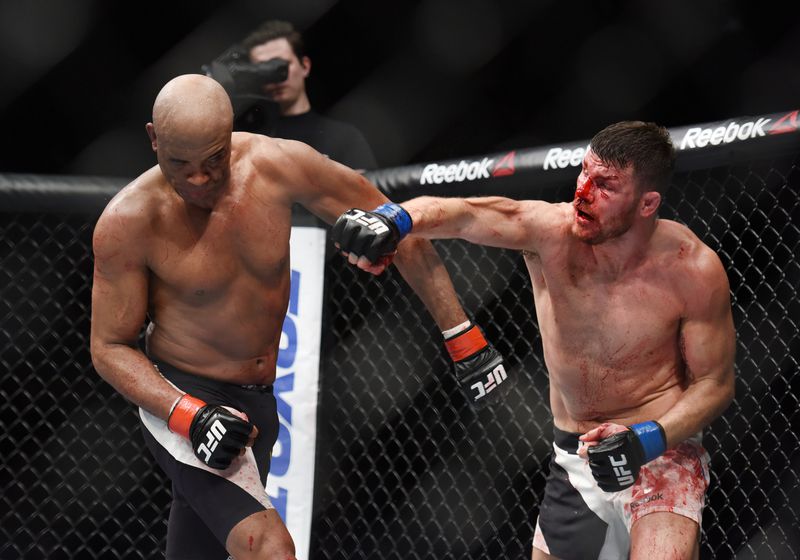 For all the myth surrounding Silva’s fighting prowess, the truth is that he hates fighting on the advance. His clowning is meant to goad opponents into coming after him recklessly — Chris Weidman shut him down in both fights by working behind a patient jab and Bisping basically did the same thing for most of the first three rounds.

He even managed to drop Silva with a solid left hook in the first round. Who saw that coming?

The Silva magic finally showed up in the waning seconds of the third, when he crushed Bisping with a flying knee at the bell. He didn’t manage to get rid of “The Count,” though, and after some confusion, Bisping went right back to controlling the fight at range in the next round.

Things finally took a turn for the legendary in the final five minutes when Silva ran out of fucks to give and started unloading everything. A bloodied Bisping survived laser-accurate punches and even a crescent kick to the face en route to a unanimous decision victory.

And now he’s the champion. Again, who saw that coming?

Nothing like a good old-fashioned brawl! Reyes and Kim traded bombs until the Korean slugger finally dropped in the third, while Bosse and O’Connell lasted a violent 15 minutes that defied conventional understanding of concussions. 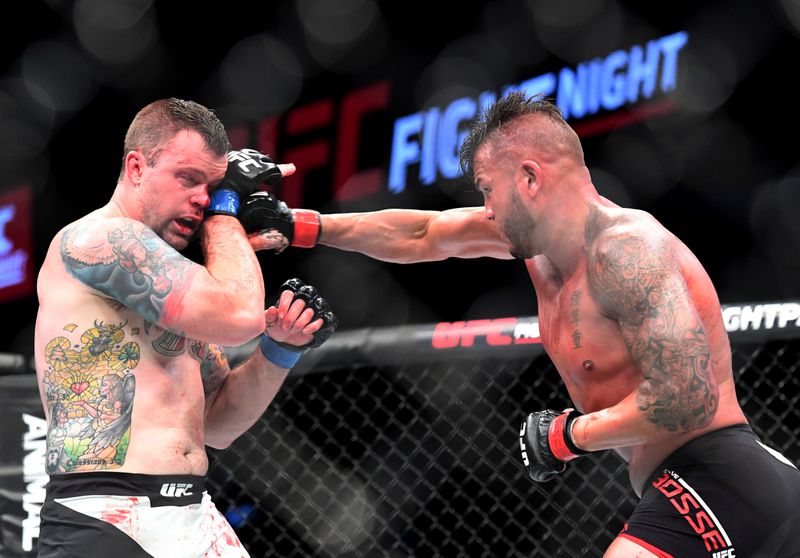 Both brawls were great in their own rights. Bosse vs. O’Connell had the heavier knockdowns, with O’Connell poleaxing Bosse in the first before getting knocked around in the second, while Reyes vs. Kim seemed to have the more consistent action. I’d normally go into the technical details of the fights, but what technical details?

None of these men will touch a title and that’s okay. There will always be a place for sluggers in this sport.

I was lucky enough to see this live as part of an audience that thankfully knew what was going on. It may not have had the raw violence of the other fights on this list, but it was a dramatic and entertaining clash between two brilliant technicians.

Cruz, the former God-Emperor of the Bantamweight division, actually entered as the underdog thanks to a nearly 16-month-long layoff. He’d had all of one fight since 2011, a 61-second obliteration of Takeya Mizugaki in 2014.

Dillashaw, on the other hand, had gone 9-1 since losing his 2011 debut to John Dodson. He knocked out Renan Barao to win the title, then finished Joe Soto and Barao again to cement his status as the new generation at 135 pounds. His fluid style seemed to mirror Cruz’s own, though with vicious stopping power that “Dominator” had never possessed.

All signs pointed to Dillashaw dispatching a rusty, gimped Cruz to kick off a dynasty. Said signs immediately looked rather stupid as Cruz ran circles around Dillashaw for the first two-and-a-bit rounds.

One of the things that differentiates their styles is that Dillashaw uses his movement to maximize his offensive output — constant shifts both vary his angles of attack and add extra weight to his blows. Neither of that mattered when Cruz, moving better on about a third of a knee, masterfully read his attacks and dodged, ducked, dipped and dove around them.

Partway through the third, however, Cruz damaged his foot, leaving him open to Dillashaw’s heavy blows. Undaunted, he continued to give nearly as good as he got and scraped by with a split decision.

I’ll admit to some bias because the Boston crowd was wonderful. Respectfully quiet during the lulls, as appreciative of slick movements as the big hits, they maximized the artistic nature of the fight.

I wouldn’t say “no” to a rematch, assuming they can get past the violent little bastards they’re dealing with at UFC 207.

The first fight had a more shocking and, to many, satisfying ending, but the latter was a much more dramatic and entertaining fight.

The first two rounds were basically a wash for McGregor, who tamped down his cardio-sapping acrobatics from the previous fight and focused on efficient counters. Booming left hands put Diaz down three times in the first 10 minutes and it looked as though the cardio issues that plagued him the first time around had been patched up.

Unfortunately, there’s only so long you can hit a Diaz before fatigue starts to set in. Diaz’s inexorable march dragged McGregor back into mortality as he put together one-two combinations and did work in the clinch. Once again, the course of the fight seemed obvious.

To his credit, McGregor made the necessary adjustments in the fourth round, targeting the body and exploiting his inability to cut the ring. Unable to reach McGregor with his favorite straight left, Diaz only managed to retake the momentum in the fifth round, when McGregor’s exhaustion scuttled his back up plan.

It was too little, too late, however, as McGregor slipped away with the split decision.

Treatises could be written on both fighters’ lack of social graces, but their grit is undeniable. McGregor had the wherewithal to make the adjustments he needed and Diaz had the guts to stick to his gameplan despite hellacious artillery coming his way. The fight was close, consistently competitive, and amply demonstrated both their strengths and their weaknesses.

Fightland had an interesting article about this one and the nature of “Fights of the Year,” which is definitely worth a read. Meanwhile, I’ll see if I can’t articulate my reasoning properly on my own.

After a fairly even first round, Swanson managed to dent Choi’s chin partway through the second and transform what was a fun scrap into the best round of 2016. Unloading with the sorts of wound-up, full-body punches that one would laugh off as unrealistic if seen in a movie, he rocked the Korean youngster’s head back-and-forth. Choi fell to a crouch, seemingly on the verge of defeat, before popping up and blasting Swanson with a right hand that had him out of it for several seconds.

They continued exchanging hellacious blows, Choi’s right hands and knees against Swanson’s massive arsenal, but Swanson refused to relinquish control. His blows increasingly found the mark on Choi’s face and, in the waning seconds, a spinning elbow finally knocked Choi down. He still couldn’t put away “Korean Superboy,” settling for a decision.

Even putting aside the raw violence, the fight featured a fascinating insight into the strengths and weaknesses of their respective striking styles. Choi’s ramrod straight rights paid early dividends, out-speeding Swanson’s wider swings, but he quickly began to lose ground once fatigue set in. What Swanson does so well is manage momentum — it’s one of the reasons he’s so good at counter throws. He knows how to flow into different techniques to maximize impact. While Choi rigorously stuck to his technically-sound piston right, the odd angles of Swanson’s punches and his constant movement let him find the mark.

I’ve seen it suggested that Choi isn’t comfortable in brawls and I greatly disagree — all one needs to do is look at his knockdown-filled war with Shoji Maruyama in 2013. That said, brawling with Swanson is something else entirely. My only hope is that both men still have enough in the tank to keep doing things like that. Keep up the good work, gentleman.