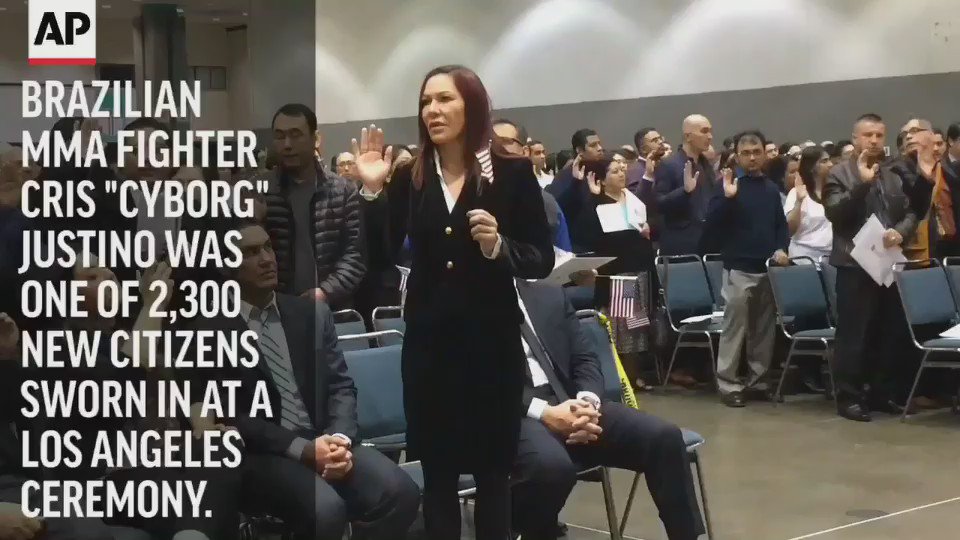 Today I became a Brazilian American, a symbol of all the hard work and opportunities I’ve received since moving to the USA 8 years ago. pic.twitter.com/pLa82P4eTE

“The first time I went to America, I had the opportunity to fight here and people really appreciate my work and appreciate my sport. It’s an opportunity for me (to) give back for the American community what they give to me. I can vote. I can participate more,” she said.

‘Cyborg’ was originally from Curitaba, Brazil, Justino — who came to the United States in 2008 on a athlete’s visa and later got a green card — was just one of more than 4,000 people from all around the globe who were naturalized today. It’s certainly been a good week for Cyborg, as Ultimate Fighting Championship (UFC) President Dana White revealed plans to finally form a 145-pound women’s division; something Cyborg has been lobbying for over the past few years.

However, it seems White and Cyborg’s relationship may need some repairing after the head honcho revealed that he offered her two separate title fights inside the Octagon at 145 pounds … only to be rejected on both occasions. According to Justino, she only declined the opportunities to get her mental and physical health back to top form before stepping back into the cage.

Freedom of choice! Even though it didn’t work in her favor this time around in regard to White and Co.